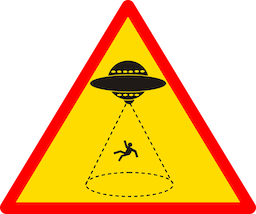 A sensible system for Time Travel and Alternate Timelines.

In my stories thus far I have avoided time travel and parallel dimensions / alternate timelines for one simple reason: they don’t work. Because it’s not based on real science it’s hard to say what will work and what won’t, and movies based on time travel always have flaws. So I thought id’ try to come up with a system that makes some kind of sense given what we know of quantum mechanics.

First, let’s talk about the idea that every possible state results in a new parallel universe. Thus producing an infinite set of infinite sets. Ridiculous. Instead lets assume that most changes don’t matter. If a drop of water in a river sloshes to the left or the right doesn’t make a difference, the river still flows onward. There are many random occurrences in all directions but they most cancel out. Only occasionally does a change matter, like when a drop moves towards the riverbank and could potentially help with some erosion.

Next let’s assume this principle holds at many levels. Random movement of particles occasionally makes something larger than a molecule change. Random movement of microscope things occasionally makes cells change, and so on up the scale. Once we get to the human scale we can see how this applies, most of your day to day actions cancel out. They don’t affect anything at the the next scale above you, say cities or countries.

If we zoom out to look at the entire system we can see that there may be lots of little alternate realities splitting off and recombining. They mostly doesn’t last very long and don’t matter very much. But enough change in just the right place could change the flow of the system. The river of time could split into different parallel branches, but mostly they won’t.

So how does this affect our typical jumping to an alternate timeline concept? If we assume that somehow you can jump from one branch to another, which isn’t totally crazy if we imagine a drop of water jumping, with great energy cost, from one branch of a river to another, then it does seem possible. Mostly what you see when you get there won’t be different. It’s still another river branch and it probably split off from yours recently so it won’t be too different. One which split off earlier would be further away, and thus would require more energy to access, or might be completely inaccessible altogether.

Does this system allow traveling backwards in time? Maybe. We can imagine a drop of water occasionally splashing backwards, just a tiny bit. Or even just pausing on a rock and seeing the river of time rush by. In going truly backwards a drop of water could affect another drop in the spot where it was a second earlier, but that’s a different drop. This is where the metaphor gets tricky. If we assume the river flows on no matter what we do, then there shouldn’t be any causality violations. The river itself smooths out any issues, and what we think of as history is just the path of the river. The shape of the river bank and the constant downward flow due to gravity. This also suggests why the arrow of time is only in one directions.

So is this an entirely deterministic system? Do we have free will? As with any interesting question the answer is yes and no. Yes, I think you are in charge of your decisions at the human scale, but at the scale of a city or larger your individual actions don’t matter much.

So I think we could allow time travel and alternate universe travel in this system. There are a few rules that become apparent they more you think about it.

So I think this time system is self consistent, but the question becomes: are there any interesting stories to be told here? The only interesting times are when something dramatic happens, which won’t be very often. Let’s consider a few examples.

Sign up for my low volume newsletter for more free ones.